In one of the closest and keenly fought Sunoco 240 Challenge seasons for some time, the prize drive at Daytona could go to one of five drivers racing in four separate championships.

Moving into pole position is Robbie Dalgleish, who has been virtually ever-present in second place over the past few months. The Mini Challenge Cooper Pro driver took pole, a win, and third place at Donington Park last weekend to claim the top spot in the standings.

He is closely followed by Toby Goodman, who had two wins and a third place, continuing his fantastic run of form. Both he and Robbie have one last weekend of action at Snetterton where they must continue their front-running performances to have a chance of winning the drive at Daytona.

The dark horse in the battle is British GT Championship GT4 Pro-Am champion Kelvin Fletcher, whose strong end to the season has put him in third place. If Robbie and Toby stumble, reducing their average score, he could emerge on top.

After holding the top spot for much of the season, Cian Carey drops to fourth place after the penultimate weekend of the F3 Cup campaign, despite taking another podium finish in race one at Donington Park.

Also in action at Snetterton later in October is James Gornall, racing in the Mini Challenge JCW category. ‘Jiggy’ sits sixth currently, but with Rob Keogh’s season over, he cannot challenge for the win, so a big finish for Jiggy could push him into first place as well.

Whatever the outcome, it has been another brilliant battle across a number of race championships, proving those at the top of the Sunoco Challenges really do have to earn their success. 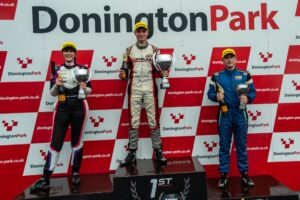 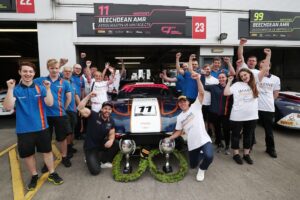 The Sunoco Challenges provide an accurate assessment and comparison of performances across multiple championships during any given season. Points are awarded for qualifying and race results, including fastest lap, which are then converted into an individual average score for each competing driver over the course of a full campaign.

That means each race weekend offers drivers an equal chance to climb and drop down their respective Sunoco Challenge tables. It also ensures that performances are taken into consideration across an entire season while placing less emphasis on one-off or unfair results.