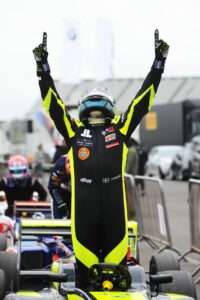 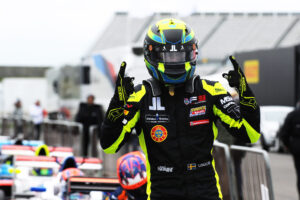 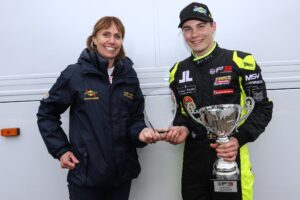 A stellar weekend for Linus Lundqvist at Rockingham not only helped the Swede take the BRDC British Formula 3 Championship lead but also head the race for 2019’s Rolex 24 At Daytona prize drive.Two of British F3’s races carry Sunoco Whelen Challenge points, and Lundqvist made both count courtesy of a victory, second place, pole position and fastest lap. That took his season’s average score to 100, 12.5 more than he achieved at the opening round earlier this month.

Lundqvist therefore leads Phil Keen by just one point after the British GT3 Pro suffered a mixed bag at Rockingham where points for pole position helped boost a relatively modest sixth place finish. However, his overall average was still cut by 13.75 points.

Mercedes-AMG factory driver Yelmer Buurman enjoyed a solid first British GT appearance at Oulton Park but announced himself as a genuine Whelen contender by winning from the back of the GT3 grid at Rockingham. The 100 points earned for doing so took his season’s average to 95.33, 7.83 more than fourth placed Stuart Moseley (Radical Masters SR8) and another 5.25 clear of Brad Smith (LMP3 Cup), neither of whom were in action last weekend.

Jonny Adam and Callum Macleod are ninth and 10th, the latter moving up 10 places thanks to a GT3 rostrum, but both remain behind British F3’s Nicolai Kjaergaard despite the Dane’s average total being cut by 30 points.

240: Victories keep Whorton-Eales in the hunt

Dominant opening weekends for Kyle Reid and Steve Burgess ensured that Mini Challenge JCW and British GT Am front-runners were unable to overhaul the Mini Cooper and Radical Challenge drivers’ totals at Rockingham. However, several remain in contention should either of the early pace-setters falter next time out.

Two victories and a pole position represent a good return by anyone’s standard. However, a higher average at Oulton Park actually saw Ant Whorton-Eales lose ground in the 240 standings to not only Reid and Burgess but also F3 Cup driver Stephen Daly. Nevertheless, the JCW ace’s new total of 113.33 – reduced by 6.67 marks – still represents an excellent return from the first two weekends.

Indeed, current leader Reid – as well as Burgess and Daly – must maintain incredibly high standards throughout the campaign if they’re to fend off Whorton-Eales and fellow JCW title challenger Jordan Collard who remains fifth in the 240 standings, albeit with 13.33 fewer points than at the start of Rockingham’s race weekend.

British GT3 race winner Lee Mowle increased his average by 11 points to move up six places to seventh behind Radical Challenge racer Dominic Jackson, who also inherited a spot without turning a wheel. That was partly thanks to Jon Minshaw dropping from seventh to 10th following a frustrating British GT3 outing.

But there was also disappointment for fellow GT4 Am Adam Balon who dropped from sixth to 12th overall.